Posts from our Sister Blog Site: PAWS FOR THOUGHT & EATING 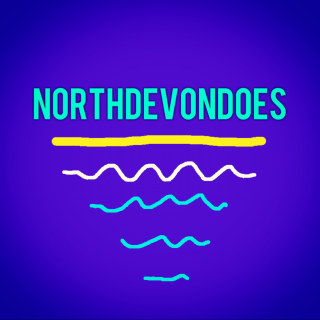 TRUFFLEicious was an independent business based at Great Chalfield, Wiltshire, in a stable we converted into a 5* hygiene registered kitchen, within the grounds of Great Chalfield Manor. Wiltshire In January 2019 I moved to Appledore, North Devon, UK, where as well as cooking I have also built & maintain a local food & drink blog web site for small businesses & visitors alike. My new site www.northdevondoes.com is a non-profit website. Having worked as a cook for more than 40 years mainly in private family houses for Polo functions and at Harrods. “My aim is to supply & blog about the benefits of 100% Homemade foods made from my own original recipes and containing fresh, natural, local ingredients, which contain NO nasties”. Visit my website: www.truffleicious.org I have wealth of experience behind me, encompassing a broad range of cookery techniques & original own recipes. www.truffleicious.org I also write a blog, giving recipes, cookery tips & dealing with what to do with your leftovers & also food & nutrition blog (Low FodMap Diet) "Paws for Thought" www.truffleicious.blog I was invited to The Great British Food Festival, Bowood House, Nr Calne, Wiltshire on August Bank Holiday Monday 2017 where I gave a cookery demonstration on Gluten Free Cakes. Media Interviews: BBC Radio Wiltshire Graham Rogers Morning Show. Love your leftovers 26.12.18 BBC Radio Wiltshire. The Social. Sue Kinnear & Tim Weaks 17.12.2018 BBC Radio Wiltshire. GBBO Tech Challenge. Rachel Houghton morning Show 27.11.18 I will also be on the Sue Davis show, BBC Radio Wiltshire, for 6 weeks in October 2017 sharing my recipes on food leftovers. The Marie Lennon Morning Show. BBC Radio Wiltshire. Tues 12th December 2017 talking about making chocolate Truffles for Christmas. Chatting with Holly Rattley about my blog www.truffleicious.blog in the Kitchen at BBC Radio Wiltshire on Thursday 28th December 2017 & demonstrating what to do with those Christmas leftovers. BBC Wiltshire also featured me on "The Social" with Sue Kinnear & Tim Weeks in Dec 2018 chatting about building my websites & social media. TRUFFLEicious/FoodiesDevon is registered as a food business with Torridge Council & our Scores on the Doors are 5*. We hold current public & product liability insurance & Food Hygiene Certificate. I am an avid user of social media & you can follow me any FB, five accounts, twitter five accounts, Instagram, four accounts. View my profile on LinkedIn.

I had a total ignorance of ceramics, OK, I was aware that you shaped them and cooked them in a kiln, Sandy soon put this right by explaining some of the processes to me.

Sandy didn’t come to North Devon by accident. Appledore is a beautiful historic port, nestled at the mouth of an estuary. Whilst searching an ordinance survey map, she discovered there were a number of clay pits in the vicinity, Meeth in particular being a good site for natural clay – apparently there are very few in Japan. It was discovered that the silt on the river banks in Appledore made interesting glazes, with different hues being produced when collected from different river locations. The decision was made. Sandy moved to Appledore , originally having a studio in her home. As her work became more sought after, the Old Glove Factory, Appledore, was purchased, making an ideal venue for a large working Studio, Museum and Gallery.

There are three kilns in Sandy’s enormous, light and airy studio, two smaller electric and an enormous gas powered device, which can been seen in the photo above, with Sandy standing beside. She had just opened it, to give me a peek at one of her recently commissioned works. This particular piece is a ceramic bell, the bronze original of which can be found on the riverside at Appledore. To read more about the bell follow the link to one of my previous blogs Time and Tide Bell The gas kiln reaches a temperature of 1280oc the object inside needs a slow even heat, which is reached over a period of 18 hrs, with a further 24 hours needed for it to cool down. As Sandy herself informed me “the process of ceramics is a mixture of chemistry, physics, biology, maths and alchemy” all of which are beyond me, so I will leave it at that.

Non-profit website. Marketing Consultant, providing own written blogs & photographs for small independent North Devon Businesses, charities, community groups and places of interest. We can also manage your social media, blogging about & photographing your events, in the North Devon area. Blogs are also posted to our business directory page. We also share to sister websites & our twelve accounts on FB, Twitter, Instagram & LinkedIn. Donations requested to our prefered monthly charity. View all posts by North Devon does

This site uses Akismet to reduce spam. Learn how your comment data is processed.